In 1998, Absolut Vodka commissioned the Art Guys to create a branded billboard located on Interstate 610 in the Galleria section of Houston – a stretch of interstate among the busiest in the country. The Art Guys proposed an ambitious project based on their 1000 Coats of Paint, and averaged between 3-4 coats a day over a nine-month period applied onto the letters and bottle of the billboard. 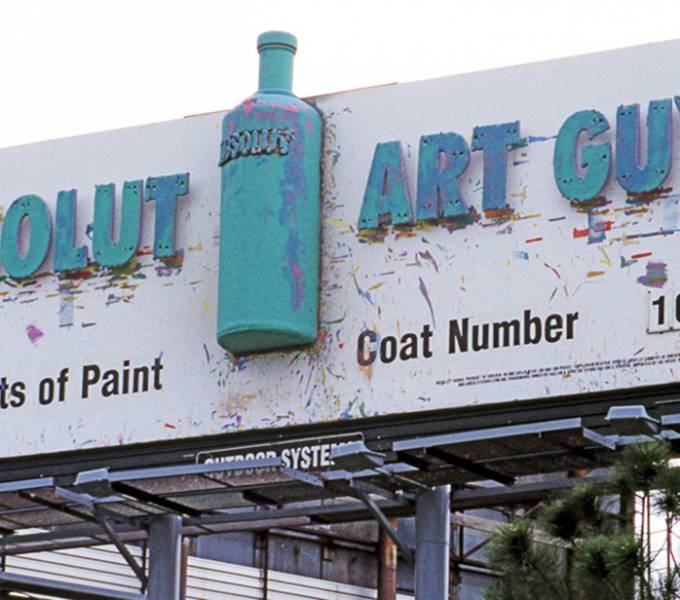 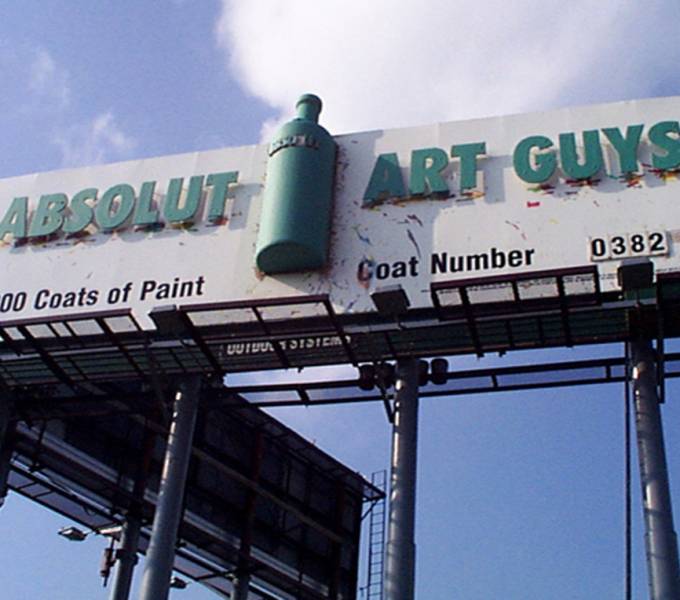 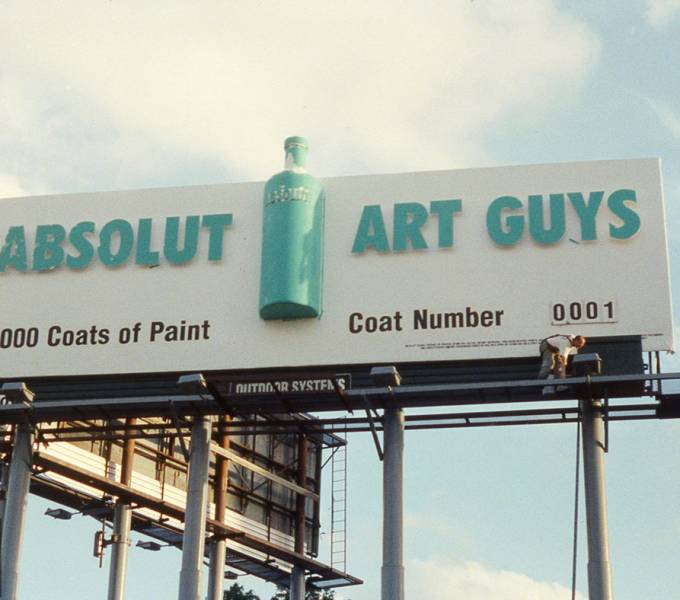